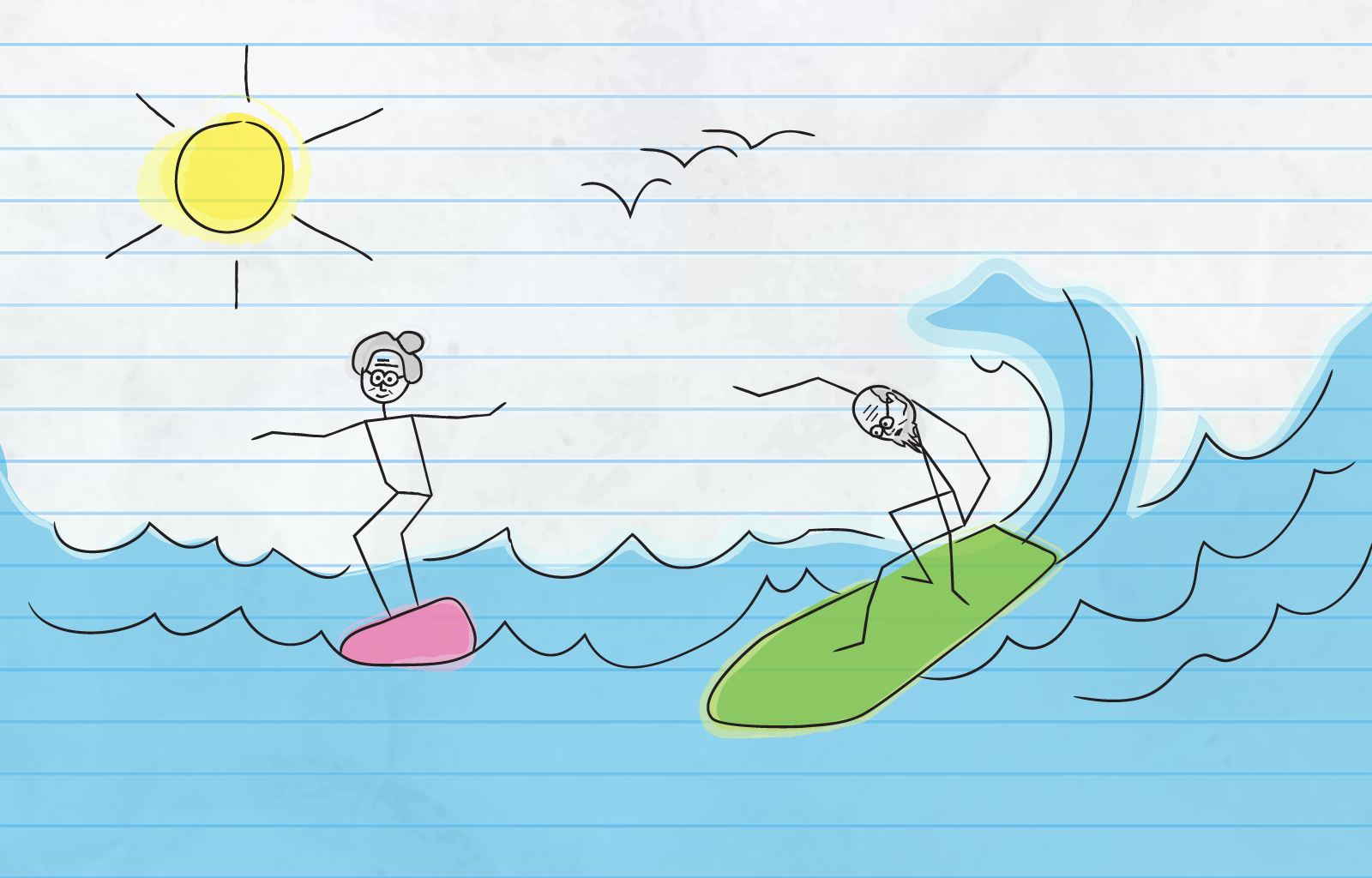 The thing I love most about writing 5-Minute Fintech is that I usually find I’m missing something quite basic about a topic I think I understand. This week was no exception.

For starters, I learned that the concept of retirement itself is relatively new.

A Brief History of Retirement

Before the 18th century, human life expectancy was between 26 and 40 years. If you're gonna die at 40, you're good without a retirement plan.

People began to live longer in the 1700s, and the elderly reached a point where disabilities prevented them from working. The German government, under Otto von Bismark, was the first to institute a policy for retirement in the 19th century.

In the United States, the majority of the elderly didn't retire until after WW2.

What about pensions? Pensions were definitely much more common in the past but those who received one were in the minority. In 1975, only 25% of people age 65 or older received a pension. Among that group, only 15% of household income came from a pension.

Why should it matter to technologists and entrepreneurs that retirement is a relatively new thing for humans? Because it helps to explain why we suck at planning for it. Morgan Housel puts this well in his excellent book "The Psychology of Money":

"It should surprise no one that many of us are bad at saving and investing for retirement. We’re not crazy. We’re all just newbies."

Housel goes on to make a deeper point about evolutionary psychology:

"Dogs were domesticated 10,000 years ago and still retain some behaviors of their wild ancestors. Yet here we are, with between 20 and 50 years of experience in the modern financial system, hoping to be perfectly acclimated."

We usually approach this from the other direction; we berate people who don't save for their retirement, as if it's something that should be hard-wired into them. It turns out that their brains aren't broken; it's just that this is new human functionality, and we should treat it as such.

A Brief History of the 401k

In 1972, a group of high-earning executives from Kodak asked Congress to help them figure out how to invest a portion of their pre-tax earnings into stocks. Congress eventually obliged, with the Revenue Act of 1978, which inserted an obscure provision into section 401 (sub-section K) of the IRS tax code.

No one took much notice of the provision, until 1981, when a consultant named Ted Benna found it and realized this would be a great way for people to save for retirement. After his employer implemented the first 401k plan, the tool spread across the country like wildfire.

He'd one day regret his invention, but we'll talk more about in a bit.

By the end of 2018, Americans had $27 Trillion in retirement accounts, even though more than half of Americans still had almost nothing saved for the future.

Now that we have a handle on the past, let's talk about the future. The most interesting startup innovation is taking place at the individual and small business level.

Today, only about half of all small businesses offer a 401k plan, and a slew of startups are competing to make 401ks easier and more inexpensive for small businesses. In the small business space, 300,000 brokers manage a total of 650,000 401k plans...meaning there is almost one broker for every two 401k plans!

Plan administrators have traditionally charged a whole host of mysterious fees, including a percentage of AUM (assets under management). This gets expensive and also kinda ridiculous, since all most of them do to 'manage' 401ks is move money into well-established funds.

Savvy startups are charging a flat monthly fee + an additional amount per employee to make things clearer. They are also doing what FinTech startups do best: take old, cludgy software and turn it into clean, vibrant interfaces (that are frequently purple, for reasons no one understands).

The most interesting startups in the space include Human Interest, Guideline, and ForUsAll.

The other well-established approach is to offer automated wealth management services that were formerly only available as consultative services for the extremely wealthy. This category of businesses are referred to as 'robo-advisors'.

The services are generally targeted to customers who want to feel like they are in the driver's seat with their money. They typically aggregate account data, tailor portfolios to risk, perform automatic portfolio rebalancing, and offer a mix of both automated and consultative advice.

This is a space where large firms compete head to head with startups. Institutions like Vanguard and Schwab remain head of surging startups like Betterment and Wealthfront.

Where innovation is missing

In an interview with the Wall Street Journal in 2017, Ted Benna reflected on his career regrets:

“I helped open the door for Wall Street to make even more money than they were already making,” he says. “That is one thing I do regret.”

He went on to say that he doubts that “any system currently in existence” is an effective solution for the vast majority of Americans.

The 'father of the 401k' believes that rising fees and the complexity of plans limit the benefit for people. He also feels that we have become far too dependent on the fluctuations of the stock market.

Startups in this space are looking at ways to make the distribution of 401k plans more efficient, but I suspect that the real innovations may be found in rethinking our entire approach to saving for retirement.