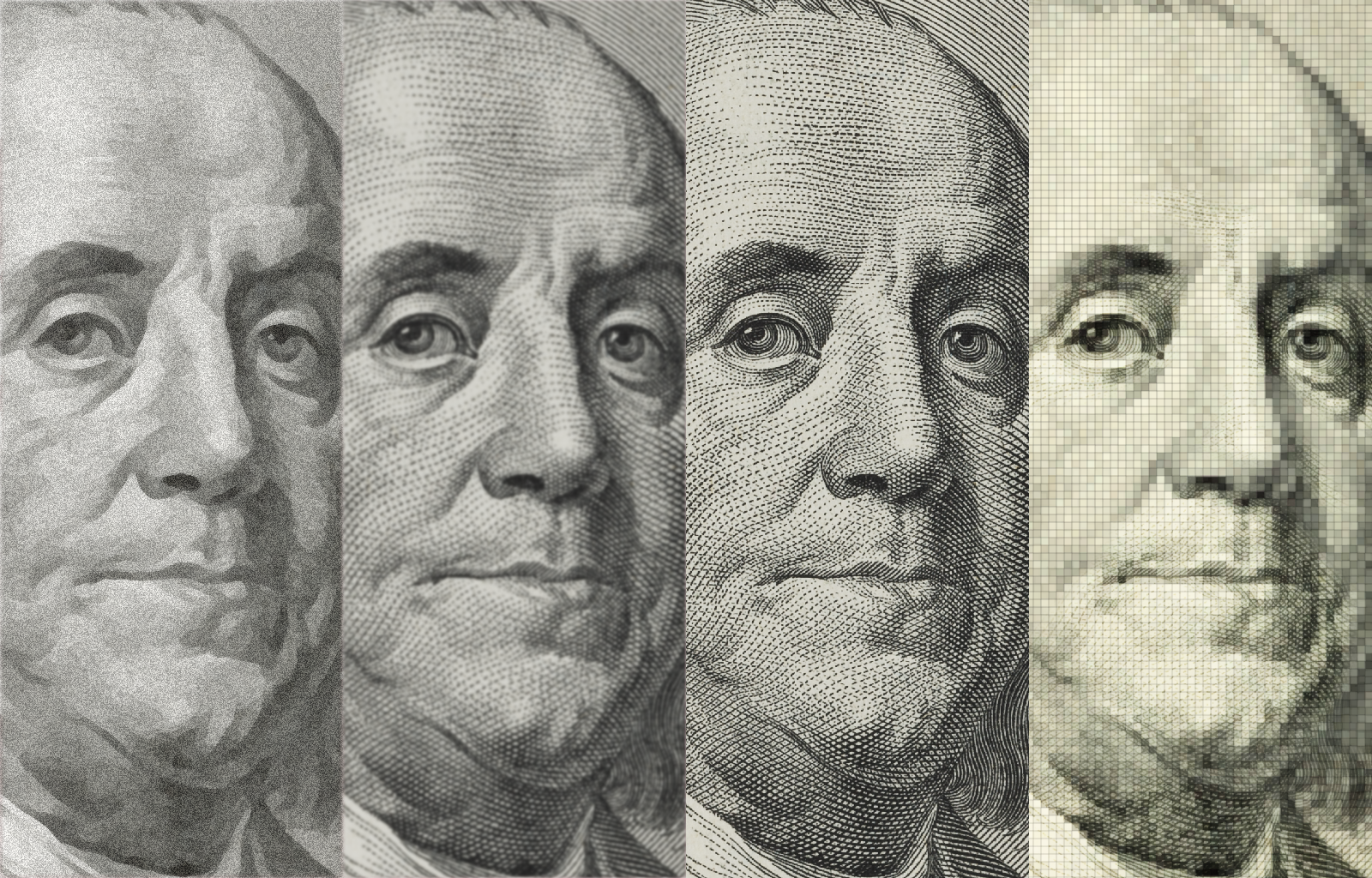 At the heart of Bitcoin and other cryptocurrencies is the concept of the blockchain, a distributed ledger that enables the reconciliation of transactions without the need for a central authority.

It is no coincidence that enthusiasm for electronic forms of currency has grown exponentially during the past decade: no government wants to lose its central position in the economy. If cryptocurrency is the future, governments need to figure out how to create electronic currency that can be centralized.

The concept of electronic money has been around for at least a century. The US Federal Reserve first began discussing it when they began allowing banks to transfer funds by telegram in 1917. Interest grew more quickly during the past few decades, with the ubiquity of credit cards, the advent of the Internet & mobile payments, and most recently, the rise of cryptocurrency.

There is no established definition for 'central bank digital currency' (CBDC). This is partly due to the fact that the concept of 'money' is difficult to define. Money can generally be described as a 'widely accepted medium of exchange for goods and services'.

In order to understand digital money, we must consider four key attributes:

Although there are numerous exceptions, most government experiments want to create a form of CBDC that is digital, issued by a central bank, widely accessible, and token-based. Let's take a look at the benefits and risks of such a strategy.

Helicopter Money and the Benefits of CBDC

In a thought experiment in 1969, the economist Milton Friedman illustrated the effects of monetary expansion through the example of a helicopter dropping money over a city. The concept of 'helicopter money' has been more recently used to describe the positive impact of putting money directly into the hands of individuals, rather than trusting banks to distribute it in an equitable fashion.

This theory became reality during the COVID epidemic, when millions of Americans received a stimulus check signed by the President himself.

Money usually flows from the government to banks, before it is lent to individuals. Banks profit handsomely from this process, making money on the arbitrage between interest rates paid by the government vs what they offer to consumers.

A national, electronic currency would cut banks out of this process. In the US, individuals would be able to open accounts directly with the Fed, earning higher interest on their money. Individuals or institutions would be able to hold large sums of money in these accounts, since the US government would guarantee deposits fully, rather than the $250,000 guarantee that banks are able to offer through FDIC insurance.

CBDC could also increase inclusion for the millions of unbanked around the world. The government could offer deposits and other services to individuals without concern for minimum thresholds.

A centralized currency is fully trackable, making it much easier for the IRS to prevent tax avoidance. If cash alternatives were eliminated over time, the FBI would be able to track the location of every tokenized dollar in the US economy.

Economists in favor of greater macro-economic intervention salivate at the idea of a digital currency. Central banks would have unprecedented capabilities to target specific socio-economic groups for stimulus efforts; people recovering from a fire or hurricane could receive recovery packages based on zip code.

While it is tempting to imagine the benefits of real-time, targeted interventions, they open up risks for abuse and unintended consequences. Politicians do not have a good track record when it comes to disciplined, sensible execution with their current toolset. Sharpening the knives makes the potential for abuse or unintended second order effects greater than ever.

Privacy is a core philosophical pillar of the cryptocurrency movement. To those in the movement, a centralized, digital currency is a nightmare outcome.

Governments would have access to the holder of every single unit of currency in their country. Nefarious government actors would be able to 'follow the money' to persecute detractors, target political rivals, or engage in blackmail. Of course, there are governments where these concerns have no weight.

The Digital Yuan and the Battle for Monetary Supremacy

In August, Beijing announced that it will begin testing the 'digital yuan'. This is a significant pilot, involving 400 million people (about 29% of the country's population).To date, the government has filed 130 patents in the domain of cryptocurrency.

China has been testing social-scoring systems for a few years; digital money is a natural extension of these efforts. There is no better fiscal tool for a command-and-control government than CBDC. Authoritarian regimes can take much greater advantage of a CBDC, since citizens are powerless to protest based on grounds of privacy.

The Chinese government also sees the digital yuan as a way of breaking the supremacy of the US dollar. This stands to reason. There is the definite possibility of a first-mover advantage for a digital currency that can increase monetary efficiency.

The Inevitable Rise of Digital Currency

To date, 80% of the world's governments have kicked off programs to research and test digital currency solutions. From Sweden to Uruguay, active tests have been underway for four years. The continuing rise of Decentralized Finance and Bitcoin will pressure several governments to make digital currency official during the coming years.

The effects of these efforts on our financial system remain an open question.

Sandeep: Tell me a bit about the early part of your career.

Tom: I spent a decade helping to build start-ups focused on application and database software. This was where I learned how to sell and do business development. I was fortunate to be part of one company going public and another being sold to IBM.

Sandeep: What is something you learned during this time that helped you with consulting?

Tom: I began to appreciate how different customers achieved varying levels of success with the same foundational technology. This made me understand just how critical getting your team and process right can be.

Sandeep: This is something I only came to appreciate years into consulting, especially after the sale of my first consultancy to Capital One.I saw teams in different parts of the company trying to solve challenges like real-time messaging. Same corporate culture, same technology, same internal support mechanisms. Night and day outcomes.

Tom: We saw a lot of the same thing after selling our practice to EMC (sold to Dell in 2015). This is probably the thing I'm most proud of when it comes to the teams I've helped to build: the ability to perform well in a variety of contexts, sometimes in ways that inspires the client team to up their game as well.

Sandeep: Yes. It's particularly cool to see your team succeed in individual ways after an acquisition...consulting skills definitely translate into the corporate environment.

Tom: Totally. We have people who've stayed on at Dell and risen up the ranks, while others took the opportunity to become successful executives at other Fortune 100 companies....or to start their own agencies and startups.

Sandeep: We've both been around a while. My first consulting project was a Y2K thing for Cisco back in 1998. You've been around a little longer than that :). How do you think consulting has changed most during the past five years?

Tom: I think because there is so much infrastructure available now, consulting has become more delivery and outcome-oriented. A better blend of strategic and tactical. Public Cloud has also enabled velocity to increase at a pace unfathomable 5 years ago.

Sandeep: What has stayed the same?

Tom: It's still mostly about people. People who thrive on change and are focused on their personal and professional development. I love that this has not and will not change...it's what I love about consulting.

Sandeep: I know you're adjusting your work style to COVID. You're still a dude who clearly prefers to drive an hour for a socially-distanced hike or outdoor meeting over Zoom any day of the week :) But personal styles aside, what is specifically compelling about a remote agency during the era of COVID?

Tom: Kunai has been remote for years, which gives them an inherent advantage. There is something about the communication and management styles that just works in a way that other organizations are still figuring out.

Sandeep: Yeah, I think what a lot of people fail to realize is that remote work isn't just office work over Zoom. it's an entirely new paradigm. There needs to be an understanding for asynchronous efficiency...and this just takes time and effort to develop. How do you approach remote work and family? What are you learning about separating work and personal time?

Tom: No matter what the form of interaction, Focus. Be present. Quality over quantity. The best weeks are the weeks where I proactively schedule work and personal time. Neil (Kunai's Head of Delivery) shared a great quote with me "With discipline comes freedom." When I am proactively addressing the majority of my professional and personal commitments, I find I earn a little flexibility. A little freedom.

Sandeep: Tell us about a business hero of yours that I may not have heard of before.

Tom: Paul O'Neill is someone you may not know. His work in both the public and the private sector created a profound impact

Sandeep: We are both over forty years old :). How have you learned how to work smarter during the past decade or so? What do you wish you knew about consulting when you were 25 that you know now?

Tom: Consultants want to make lasting change. Lasting change is often not the act of a single person. Today I work much harder bringing others along on the journey.

Sandeep: Last question. What are you doing here? :) Why join a small consulting company this late in your career when you could have a cushy job somewhere else?

Tom: I love a good challenge personally and professionally. When I turned 40, I decided I would run a 10K every Thanksgiving weekend and try to have my finishing time be less than my age. With the exception of one year where I did not run due to a health issue, I have met the goal. I also recently completed the Leadville 100 Mountain Bike race. So, I guess I'm here because I'm a glutton for punishment :) Jokes aside, our customers have a job to do and I intend to put Kunai in a position to execute flawlessly on their behalf. I love committing jointly to audacious goals for our customers and our business. 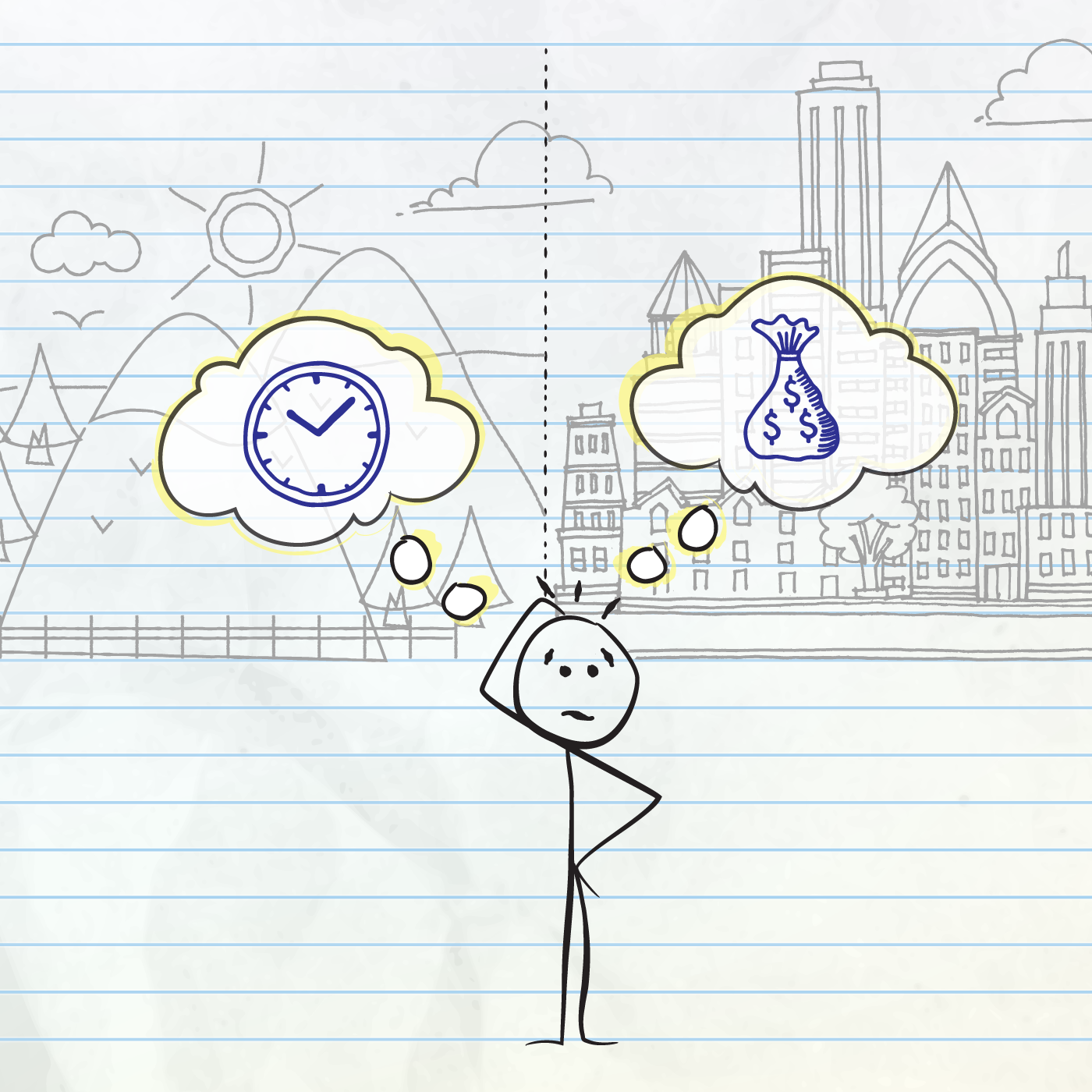 5MF Issue 6: What Do People Want From Money?

People want to become wealthier to make them happier. But happiness is a complicated subject because everyone’s version of happiness is different. What is the common denominator in happiness? It's the feeling that you are in control of your life. 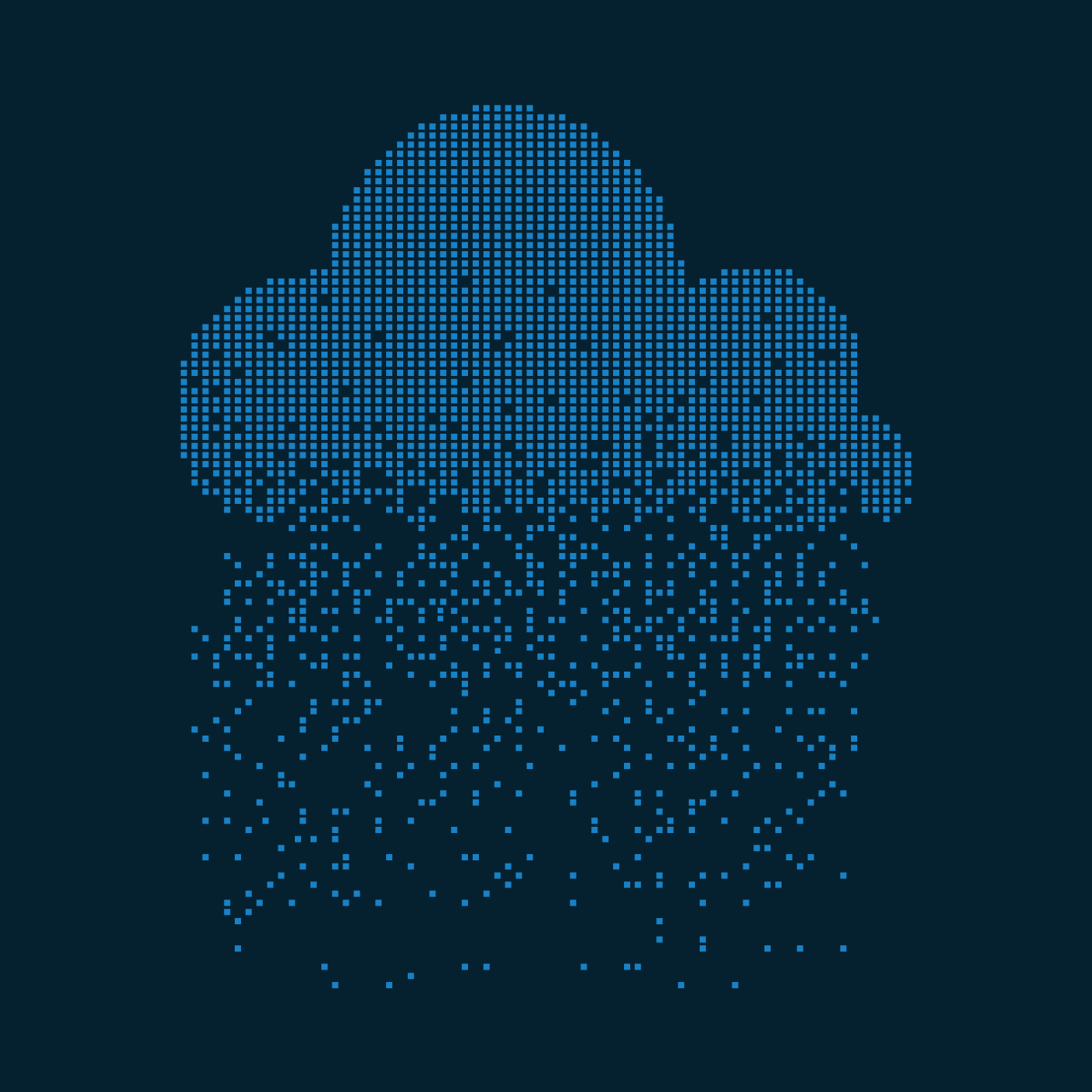 For banks, the failure to innovate doesn’t come from a lack of will, money or effort 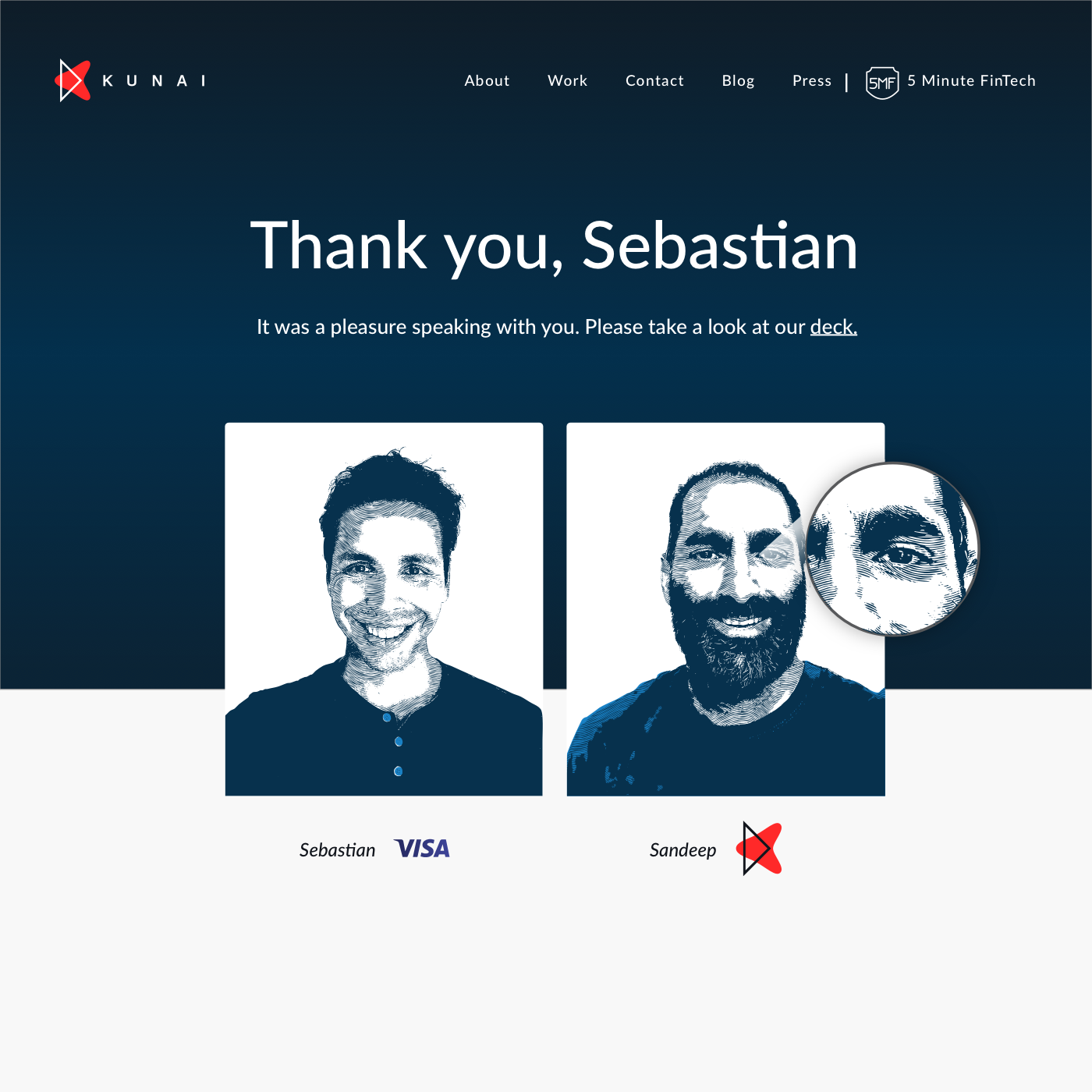 Building Prospect Relationships in the Age of COVID

Until COVID-19 came along, project ideas and proposals were discussed in person. Now, Kunai uses technology and creativity to reclaim the lost sense of connection. 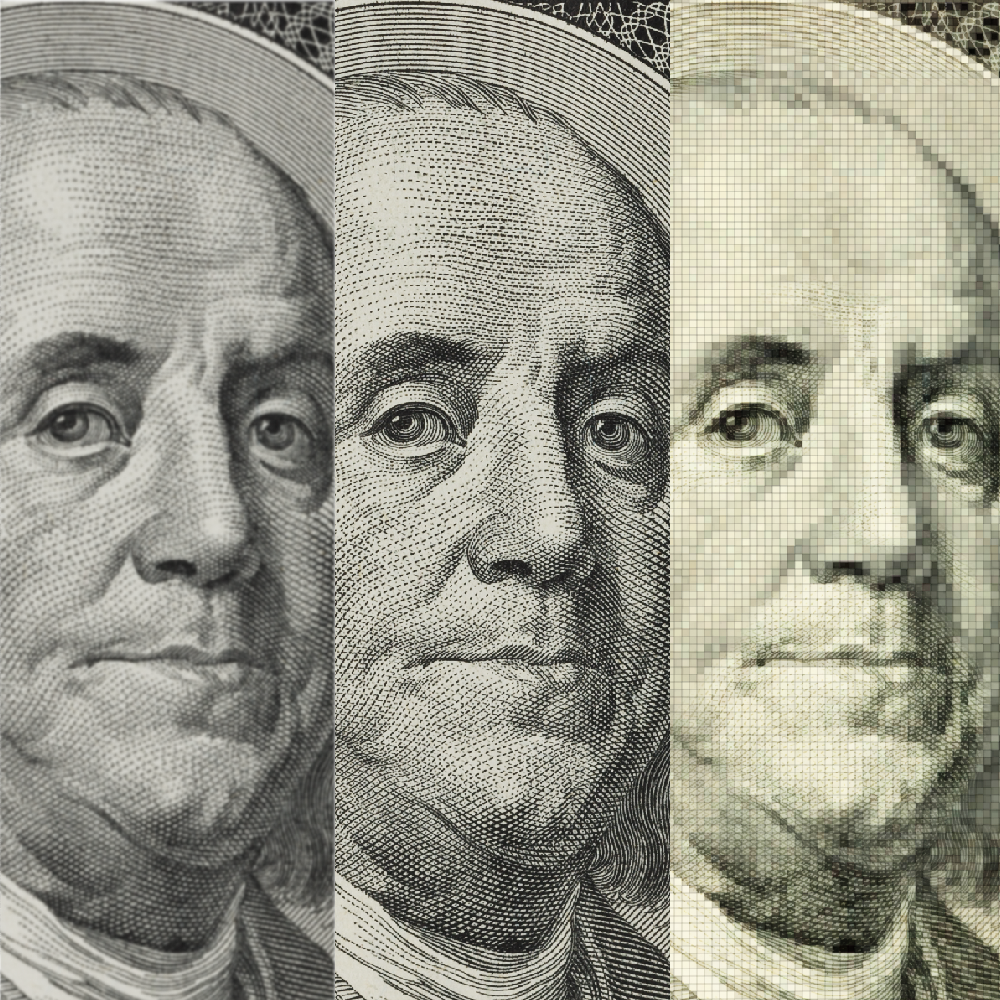