NoCode: How Execs Will Soon Build Tech at Warp Speed

Business executives know what they want their websites and apps to accomplish, but getting there can be cumbersome and expensive. NoCode changes that.

While many of us were sheltering in place, Brent Summers was trying to do something to support his local businesses and community members. With no direct coding and no development team, he built and launched GiveLocal, a new gift card app, in just three days. This rapid response was made possible thanks to a new, more approachable method of app development: NoCode.

NoCode makes it possible to build and release functionality into the wild without the need for a developer. At Kunai, we've already started empowering our clients to prototype and develop with NoCode and seen first-hand how circumventing coding skills can lead to better tech in less time.

Trading Code for Visual Tools and Beyond

If you’ve ever used MailChimp or ConvertKit to automate your customer email interactions, you’ve used a NoCode app.. The same goes for Zapier, which connects different apps together without manual coding, and Makerpad, which automates workflow and collaboration. Even voice-enabled apps can be built with Voiceflow doing much of the technical lifting.

While many tasks can be taken on by NoCode services, we’re also starting to see platforms piece some of these services together to build simple web apps. Bubble, for example, enabled Summers to launch GiveLocal, and Webflow offers a visual canvas to build in HTML, CSS, and JavaScript.

Typically, NoCode works by translating code into visual, manipulatable objects that users can drag-and-drop on-screen as desired. Without the need to code, anyone can launch a website or app with just a few clicks.

‍
As we look towards the future, new and exciting language processing tools like GPT-3 may eventually make it possible for site and app builders to skip even the drag-and-drop function. Trained on three trillion words of internet data, GPT-3 uses artificial intelligence to make sense of text prompts and commands. It’s possible that one day, builders will be able to write what they want a site or app to look like and do, and the AI will make those words a reality.

With GPT-3, I built a Figma plugin to design for you.

I call it "Designer" pic.twitter.com/OzW1sKNLEC

With voice-activated technology like Siri and Alexa already ubiquitous, it’s also easy to imagine how this ability could evolve with time. One day, anyone may be able to build a site with verbal commands such as, “Give me a website with three pages. Title the pages Home, About, and Contact. On the contact page include a web form that sends an email to my company email.”

NoCode Supercharges Companies at Every Level

Not long ago, building websites and products required hiring engineers and working with them through multiple drafts, tweaking things until they were ready to launch. This process could take months.

With practice, NoCode makes it possible to build and launch a very basic app in mere days without coding knowledge or help from a development team.

In fast-moving industries, this ability to rapidly lay developmental groundwork can make all the difference. In particular, business leaders that enlist their entire organization to build simple products on their own will have a distinct advantage. NoCode makes it possible for team members in every department to create and update functionality on the fly, then work with a development team to add complexity as needed.

Imagine what that could look like across departments. In five to ten years, legal teams will have automated compliance processes and workflows. Marketing departments will create new landing pages and programs on their own. Website updates or new functionalities won’t all require oversight from development. This will increase agility across the board.

Is NoCode the End of Coding?

Cloud technology made it possible to host a website without ever touching a server, but it didn’t put an end to the need for servers. Instead of buying and configuring your own hardware, cloud services today host servers and provide you with tools that make them easier to manage even if you don’t understand how to manipulate the hardware.

NoCode is similar. It adds a layer of abstraction to coding, making it possible for non-developers to create coded products without directly touching the inner workings of code. With a working prototype or MVP, teams can pass the baton to developers to turn a prototype into a full-fledged app.

Like all technological advances, inviting more people into digital development will only increase innovation and the industry’s range of possibilities. In a testament to the technology’s capabilities, even coders and development teams like ours are using NoCode. Why wouldn’t we? Sometimes, NoCode is faster and easier than coding by hand.

NoCode has many benefits for developers and executives. It speeds up app prototyping, making it possible to build more apps in less time. It allows designers and executives to ‘think in app’, using visual cues and interactions to communicate their ideas more efficiently. NoCode also reduces time to market, allowing nimble teams to achieve proof of concept before requiring development resources. This isn’t just something happening at the start-up level. Even large teams like Airbnb and Zappos use prototyping tool InVision to get ideas off the ground.

Of course, coding still has a place in building how tech gets to the finish line, and I think it’ll continue to have a place in extremely complex programming a decade from now. But what’s so revolutionary about NoCode is that it could enable many businesses to launch and maintain their online presence with much fewer coders on their teams.

Stepping Into the Future with NoCode

NoCode is the natural outcome of a decades-long software development trend. Each year, the interfaces for developing software are further abstracted from the code that flips ones and zeros to what we see on a screen. NoCode finally takes this far enough that you don’t need an engineering team to build sites and apps.

For companies ready to leverage expedited development, NoCode is here. Talk to Kunai about how you can use NoCode to accelerate development at your organization.

Sandeep: Tell me a bit about the early part of your career.

Tom: I spent a decade helping to build start-ups focused on application and database software. This was where I learned how to sell and do business development. I was fortunate to be part of one company going public and another being sold to IBM.

Sandeep: What is something you learned during this time that helped you with consulting?

Tom: I began to appreciate how different customers achieved varying levels of success with the same foundational technology. This made me understand just how critical getting your team and process right can be.

Sandeep: This is something I only came to appreciate years into consulting, especially after the sale of my first consultancy to Capital One.I saw teams in different parts of the company trying to solve challenges like real-time messaging. Same corporate culture, same technology, same internal support mechanisms. Night and day outcomes.

Tom: We saw a lot of the same thing after selling our practice to EMC (sold to Dell in 2015). This is probably the thing I'm most proud of when it comes to the teams I've helped to build: the ability to perform well in a variety of contexts, sometimes in ways that inspires the client team to up their game as well.

Sandeep: Yes. It's particularly cool to see your team succeed in individual ways after an acquisition...consulting skills definitely translate into the corporate environment.

Tom: Totally. We have people who've stayed on at Dell and risen up the ranks, while others took the opportunity to become successful executives at other Fortune 100 companies....or to start their own agencies and startups.

Sandeep: We've both been around a while. My first consulting project was a Y2K thing for Cisco back in 1998. You've been around a little longer than that :). How do you think consulting has changed most during the past five years?

Tom: I think because there is so much infrastructure available now, consulting has become more delivery and outcome-oriented. A better blend of strategic and tactical. Public Cloud has also enabled velocity to increase at a pace unfathomable 5 years ago.

Sandeep: What has stayed the same?

Tom: It's still mostly about people. People who thrive on change and are focused on their personal and professional development. I love that this has not and will not change...it's what I love about consulting.

Sandeep: I know you're adjusting your work style to COVID. You're still a dude who clearly prefers to drive an hour for a socially-distanced hike or outdoor meeting over Zoom any day of the week :) But personal styles aside, what is specifically compelling about a remote agency during the era of COVID?

Tom: Kunai has been remote for years, which gives them an inherent advantage. There is something about the communication and management styles that just works in a way that other organizations are still figuring out.

Sandeep: Yeah, I think what a lot of people fail to realize is that remote work isn't just office work over Zoom. it's an entirely new paradigm. There needs to be an understanding for asynchronous efficiency...and this just takes time and effort to develop. How do you approach remote work and family? What are you learning about separating work and personal time?

Tom: No matter what the form of interaction, Focus. Be present. Quality over quantity. The best weeks are the weeks where I proactively schedule work and personal time. Neil (Kunai's Head of Delivery) shared a great quote with me "With discipline comes freedom." When I am proactively addressing the majority of my professional and personal commitments, I find I earn a little flexibility. A little freedom.

Sandeep: Tell us about a business hero of yours that I may not have heard of before.

Tom: Paul O'Neill is someone you may not know. His work in both the public and the private sector created a profound impact

Sandeep: We are both over forty years old :). How have you learned how to work smarter during the past decade or so? What do you wish you knew about consulting when you were 25 that you know now?

Tom: Consultants want to make lasting change. Lasting change is often not the act of a single person. Today I work much harder bringing others along on the journey.

Sandeep: Last question. What are you doing here? :) Why join a small consulting company this late in your career when you could have a cushy job somewhere else?

Tom: I love a good challenge personally and professionally. When I turned 40, I decided I would run a 10K every Thanksgiving weekend and try to have my finishing time be less than my age. With the exception of one year where I did not run due to a health issue, I have met the goal. I also recently completed the Leadville 100 Mountain Bike race. So, I guess I'm here because I'm a glutton for punishment :) Jokes aside, our customers have a job to do and I intend to put Kunai in a position to execute flawlessly on their behalf. I love committing jointly to audacious goals for our customers and our business. 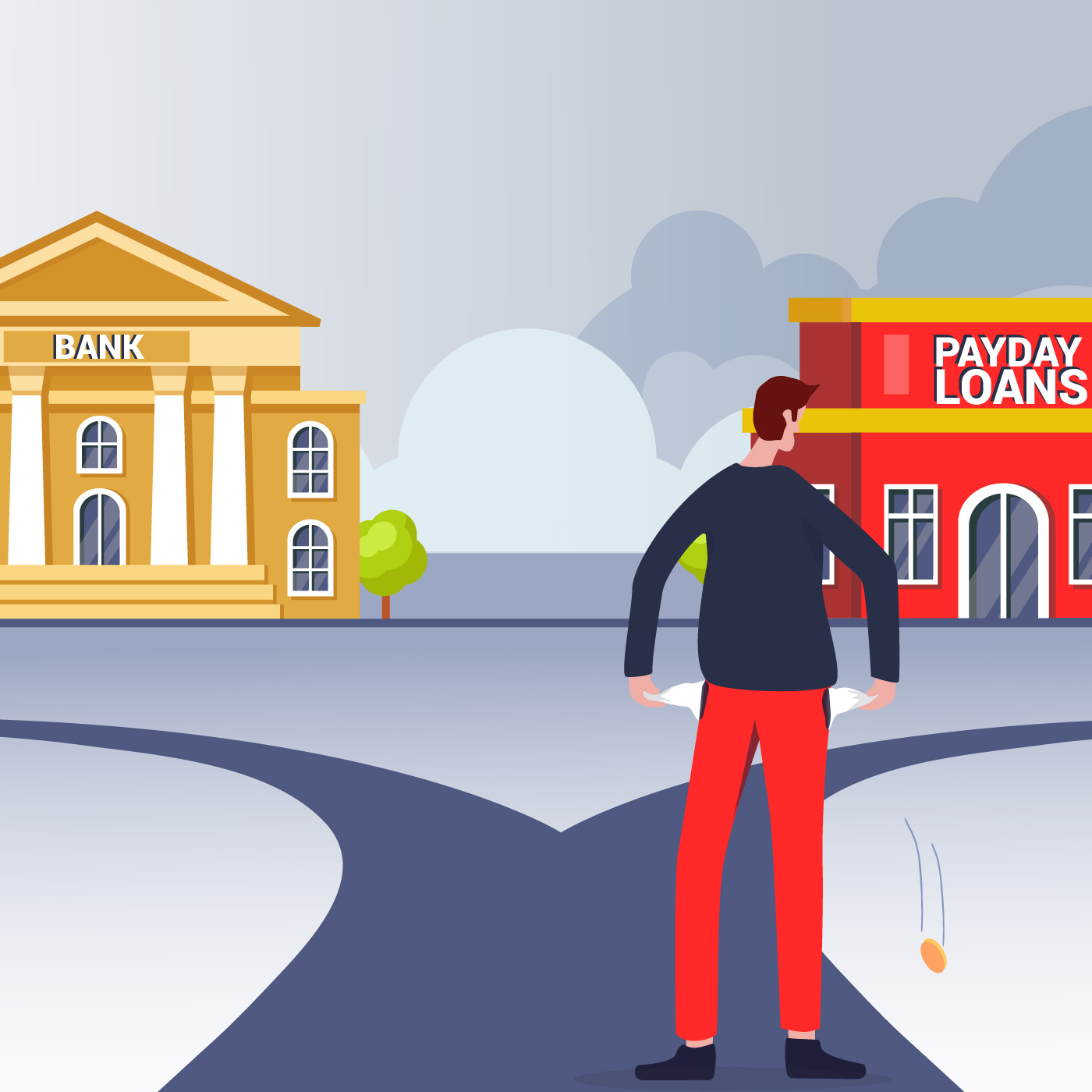 What Banks Can Learn, and Earn, from Underbanked Customers 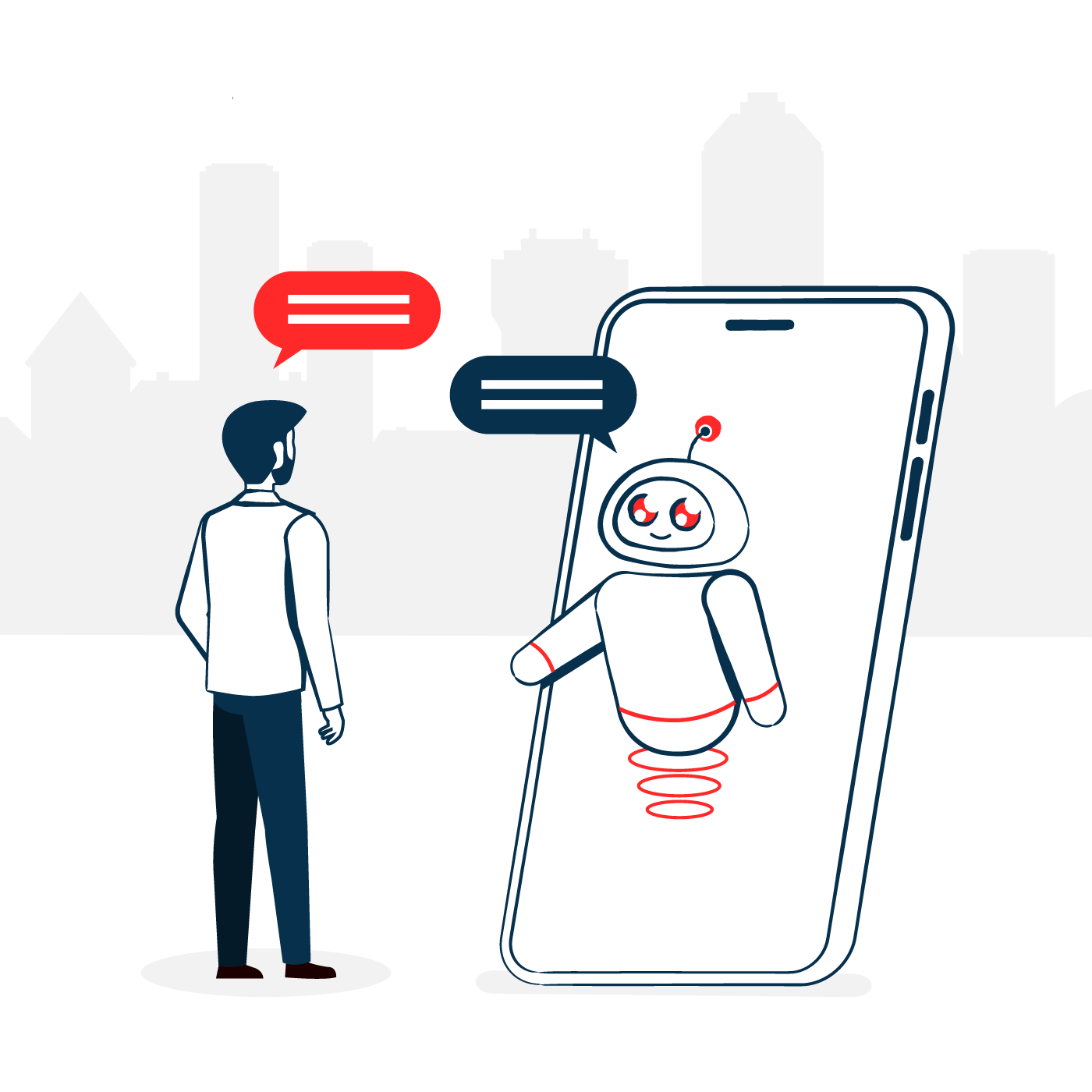 Banks Thrive on Customer Service, So Why Leave it to Robots?

Banks are racing to transition the majority of customer service to conversational AI. That may be a mistake. 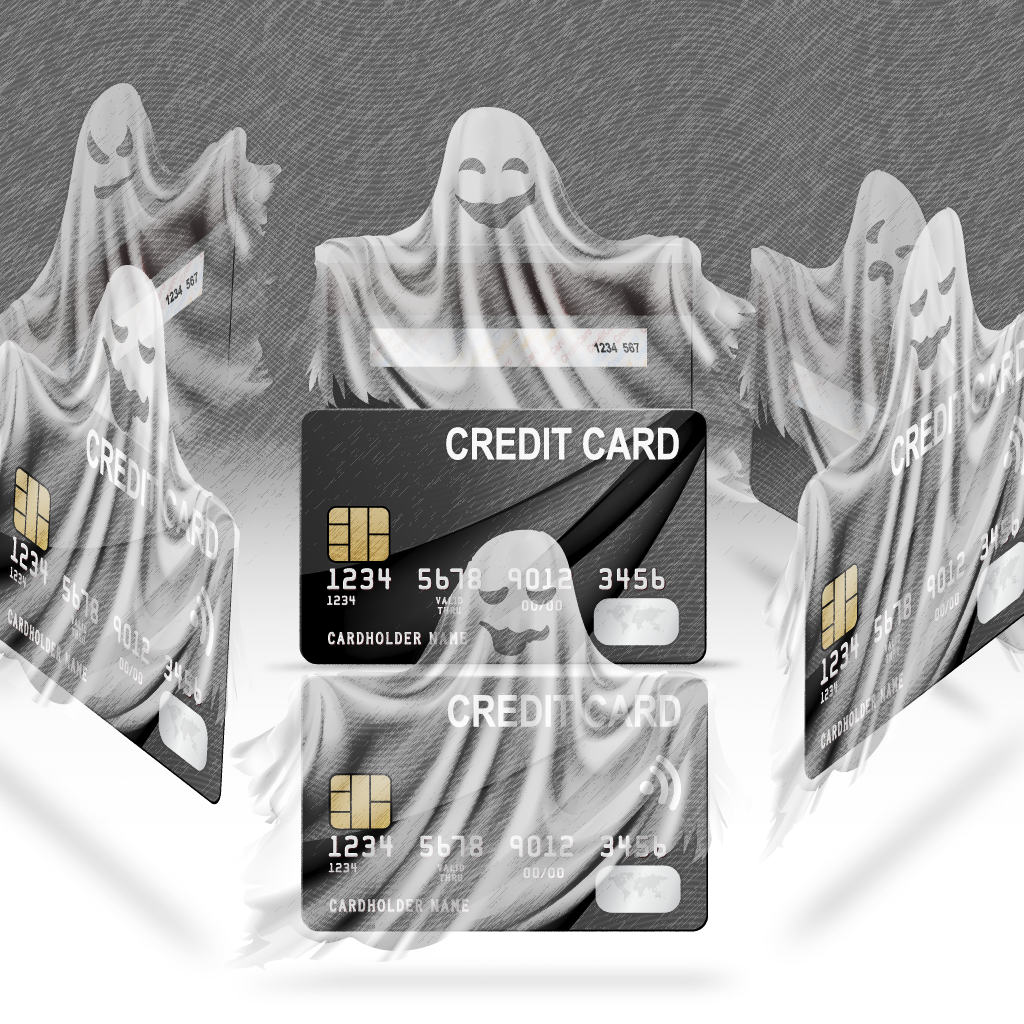 Banking on the Subscription Economy

Consumers today subscribe to everything from grocery delivery to scented candles. The move to a subscription economy, however, may leave card providers invisible. 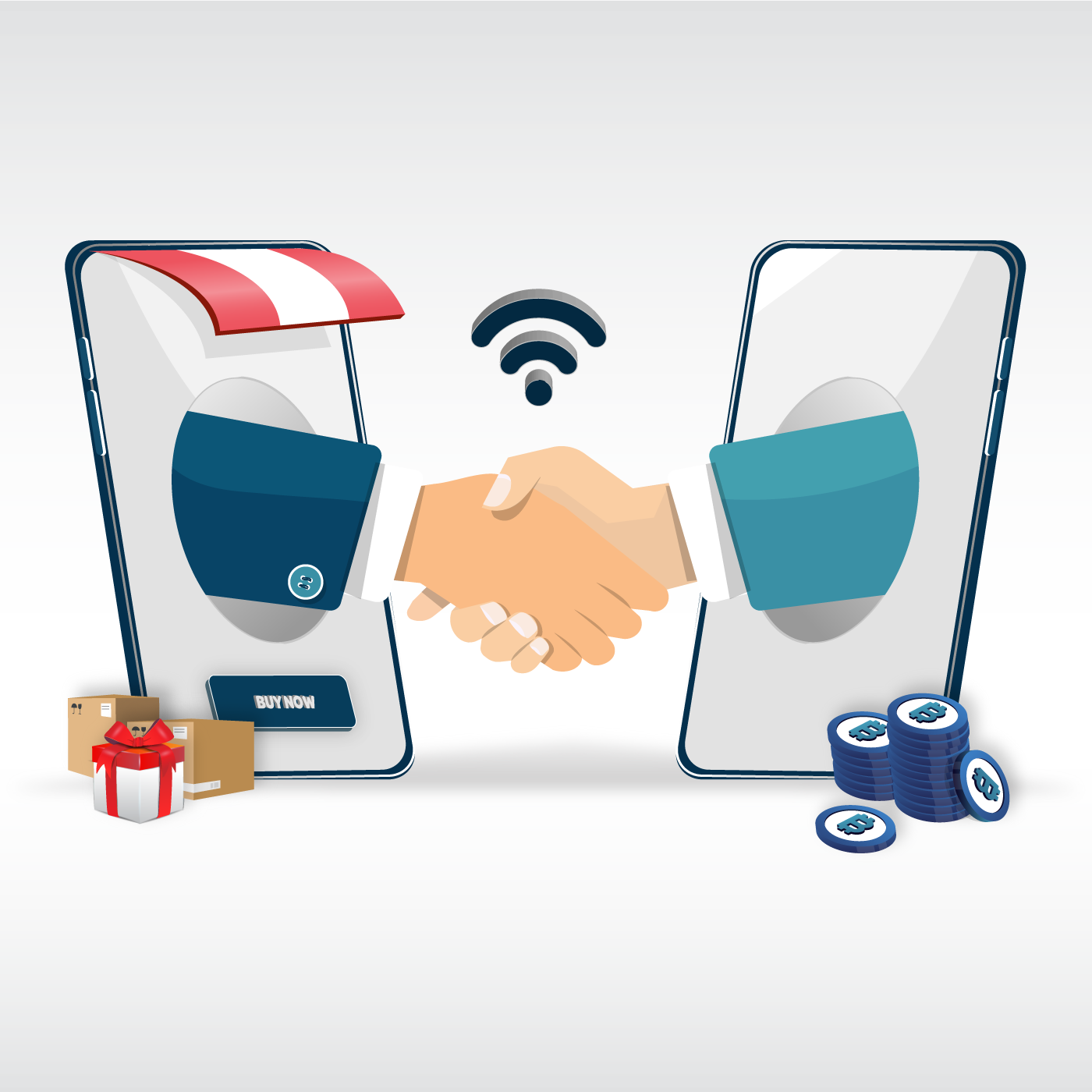 How 2020 Has Already Begun Shaping the Future of Fintech