The East India Company: A Lingering Lesson On Corporate Abuse 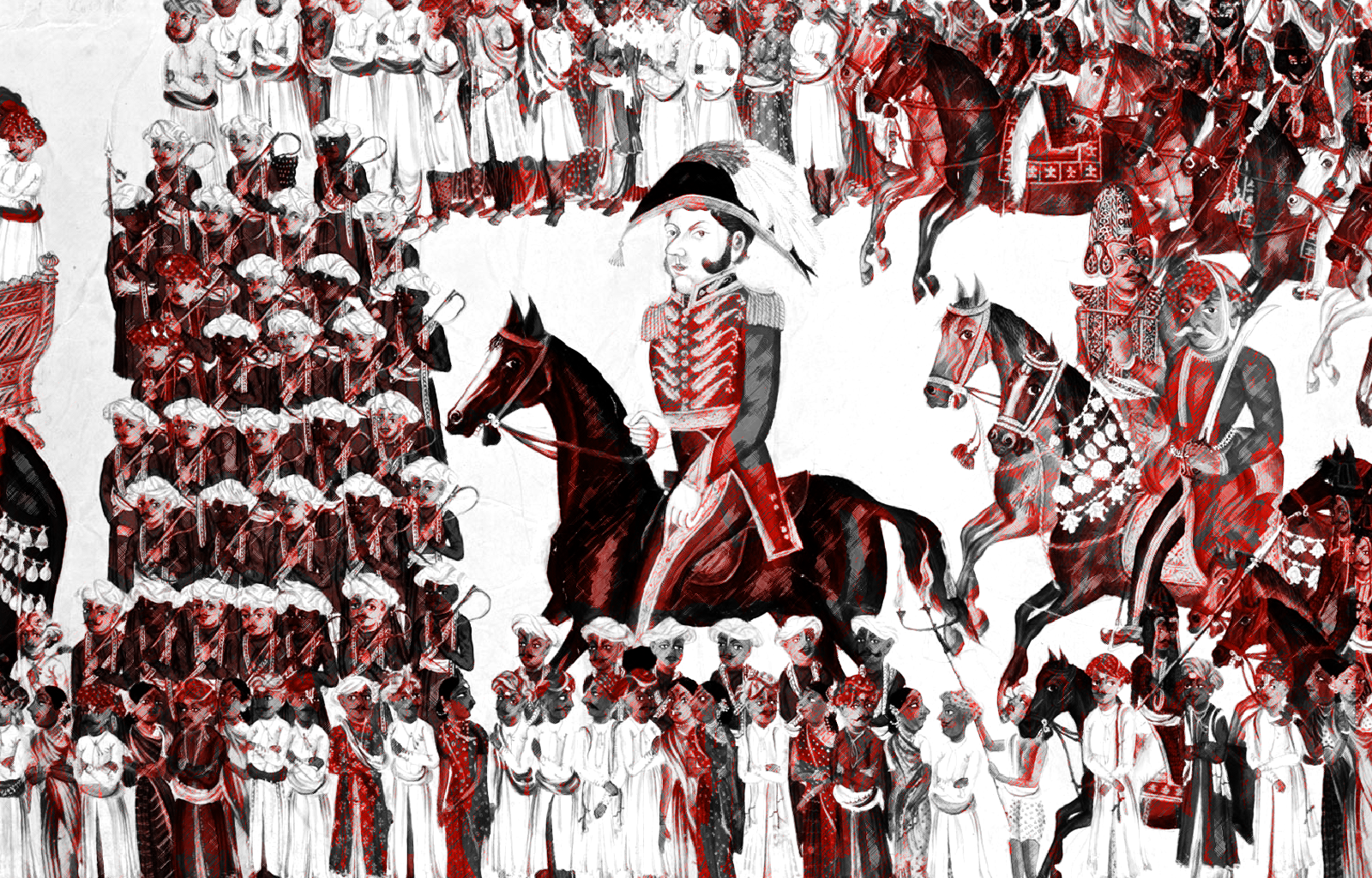 One night in 1599, in a half-timbered building in London, a group of men gathered to plot a new venture. The gathering included grocers, drapers, haberdashers, and a variety of other merchants. It also included privateers, a former city auditor, and none other than the mayor of London himself. Together, these men planned an unprecedented trade venture that would come to be known as the East India Company (EIC).

In his book, The Anarchy, historian William Dalrymple traces the story of the EIC and its horrific impacts on India. While difficult to face, no one needs a lesson about the dangers of unchecked corporate greed more than staunch capitalists like myself. Here’s a tale of risky investments, the world’s first mega-bailout, and deadly rebellion.

A Company Inspired By and Founded On Uncertainty

In 1600, Queen Elizabeth I granted the EIC a Royal Charter to conduct trade in India and the surrounding area.

The EIC would incur massive expenses and risks for this venture. Large ships, artillery, and crews were necessary to transport and protect expensive commodities for long journeys. Even if the voyages were successful, there would be no return on investment for several years.

Success actually appeared unlikely. At the time, much of England was impoverished and agricultural. The country produced just 3% of the world’s manufactured goods—small potatoes compared to India, which produced a quarter of the globe’s goods at the time.

To support the venture as much as possible, Queen Elizabeth’s charter established the EIC as a joint-stock corporation from the outset. This was a first; while some other companies eventually made stocks available to the public after a few years of operation, none had sold shares to the public as part of building their initial capital. The successful model went on to establish corporations like the Virginia Company, which formed English colonies in the Americas, and the first joint-stock companies in the Americas: the London Company and the Plymouth Company.

In 1609, the EIC finally reached India, a prosperous country then ruled by Mughal Emperor Jahangir. Perhaps unsurprisingly, the emperor wasn’t exactly chomping at the bit to trade with the unimpressive and notably unhygienic Englishmen. In fact, it wasn’t until one of the voyagers brought back credentials from King James I in 1615 that Emperor Jahangir finally agreed to work with them.

Over the next few decades, the EIC established outposts across India. To protect their efforts, they built a militia of hired Indian soldiers. By the 1730s, the EIC’s guarded outposts looked more like forts than trade centers—an omen, perhaps, of times to come.

From Trade to Treasury

In 1739, various regional rivalries in India came to a head. Delhi was ransacked, and governmental power became more distributed. The emperor was now more of a symbol than a leader, and in 1765, the EIC used this to the company’s advantage. After seizing control of strategic regions thanks to their large, private army, the EIC forced the emperor to cede the right to collect revenue in Bengal, Bihar, and Orissa.

At that moment, the once-pitiable Englishmen went from running a successful corporation to acting as a government entity, much to the horror of many previously prosperous Indian citizens. “What honor is left to us?” Narayan Singh, a Mughal official, asked, “when we have to take orders from a handful of traders who have not yet learned to wash their bottoms?”

Trouble in paradise quickly arose. After just four years, famine and low land revenues in Bengal collapsed EICs stock in an event called the Bengal Bubble of 1769. “So it was that in 1773, the world’s first aggressive multinational corporation was saved by history’s first mega-bailout,” Dalrymple writes. Attempts to reform the company were stymied by the financial crisis in England, leaving the EIC to quickly resume business as usual.

By 1803, the company’s private security force was 260,000 strong, twice the size of the British army. It used this power to capture Delhi, ruthlessly ruling nearly all of India from (and funneling the country’s revenue to) a small business building on a narrow street in London.

But the EIC soldiers that protected this delicate balance eventually turned on their employer. In the Indian Mutiny of 1857, the militia, joined by civilians, revolted and nearly succeeded in overthrowing the company. In a gruesome response, the EIC hung thousands of rebels in the streets. The overt violence and instability prompted Great Britain to take over control of India shortly thereafter, but the damage done lingers even today.

The East India Company Is History—Right?

In the words of Dalrymple, “if history shows anything, it is that in the intimate dance between the power of the state and that of the corporation, while the latter can be regulated, it will use all the resources in its power to resist."

While we’d be hard-pressed to find a company today with the military might of the EIC, many corporations have higher revenues than the GDP of some countries, and garner much influence as a result. The way I see it, the East India Company’s history is a cautionary tale to remind us capitalists that we ought to work with governments or risk destabilizing the very places where we do business.