The Evolution of Planet FinTech 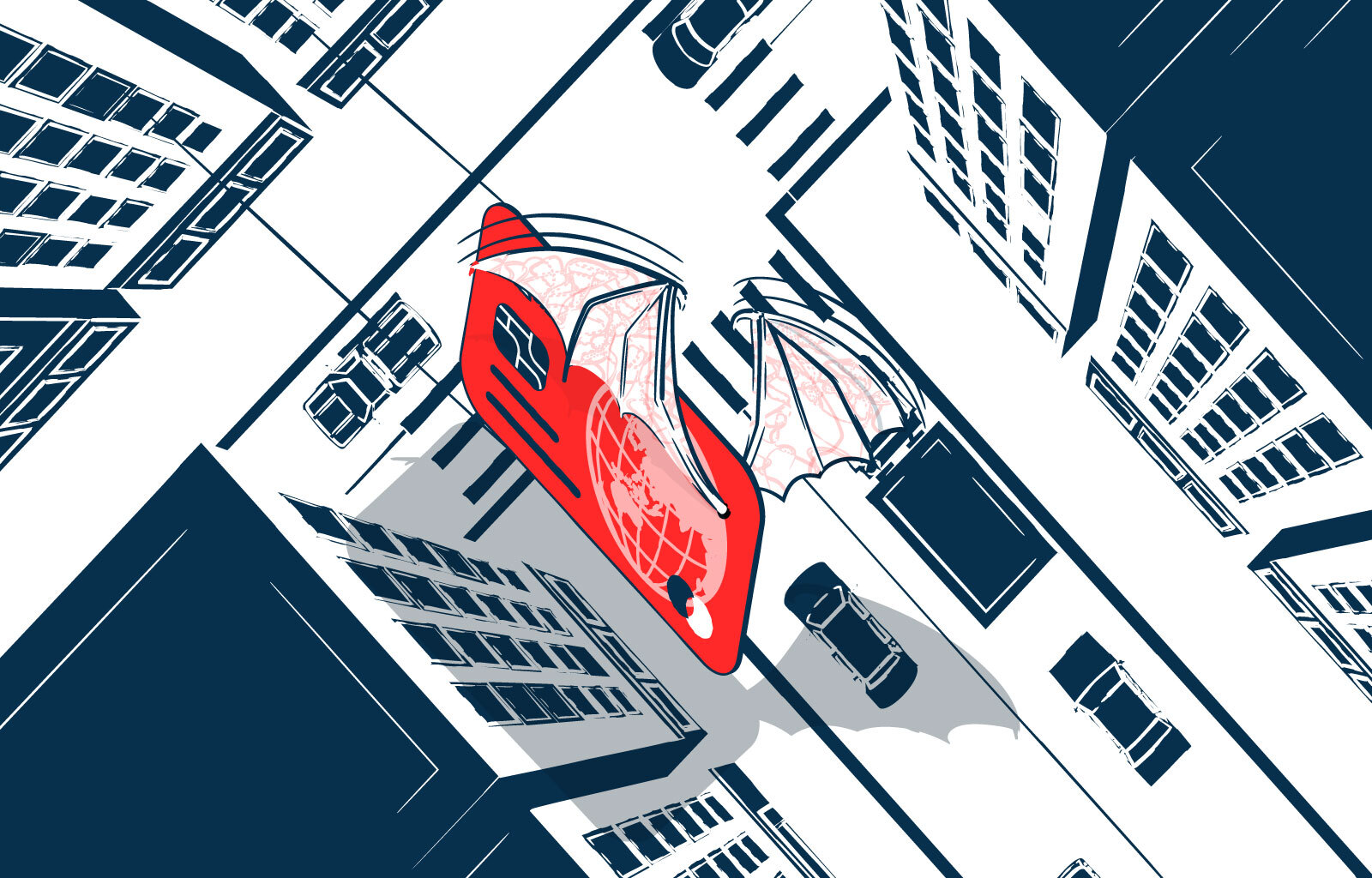 I have a confession. After finding out this year that the US military believes UFOs exist, I’ve become a little obsessed with extraterrestrial life.

This curiosity is only further stoked by Netflix’s “Alien Worlds”, a series that uses scientific information about distant planets to imagine what kind of life may live on them. For example, exoplanet Atlas has three times Earth’s gravity, which actually causes air molecules to collapse and results in thicker air.
‍

Atlas’ creatures, the show’s creators imagine, might then include winged animals that live almost their entire lives in the sky, coming down only to lay eggs and die. Perhaps Atlas is also home to insects large enough to inflate their bodies and float like hot air balloons to follow and hunt the flying creatures.

Sound fantastical? Perhaps a little, but I actually think this is a great analogy for FinTech’s evolutionary history and current developments.

On the planets in “Alien Worlds”, and even on Earth, planetary rules like environment and atmosphere dictate the evolution of life forms living there.

FinTech innovation can similarly be boiled down to infrastructure and products. In this analogy, Planet FinTech has planetary rules—infrastructure—shaping unique life forms which adapt to these rules—products.

In the early days, Planet FinTech was an analog planet until a few critical environmental changes changed everything in the 1950s, 60s, and 70s. A computer processing revolution made batch processing and synchronized bank accounts across branches possible—an important infrastructure change. Soon after that, mainstream air travel created demand for national and international financial products. Then, the Supreme Court ruled that banks could set interest rates nationally, making it possible to offer credit to anyone in the U.S. and offer competitive interest rates to customers in every state.

This new planetary atmosphere gave birth to a novel creature on planet FinTech: the credit card. However, with payment rails supplied by companies like Mastercard and Visa and developments like the mag stripe, this little creature began to change the environment that created it.

When the winged creatures of Atlas took to the skies as part of their evolution, they created an aerial food source. As a result, the insects on the ground adapted, rising up into the air to feed and survive. So, too, do FinTech creatures change the rules of their planet.

Back in 1999, PayPal began offering electronic payments via linked credit cards and bank accounts. In those days, internet startups had to buy their own servers and configure our own routers before they could even write a single line of code. Then, they’d spend hundreds of hours dealing with payment authorization, user authentication, SSL certification, and more.

PayPal struggled through this process. Peter Thiel, Elon Musk, and their friends had to build everything from scratch, from risk and fraud prevention to onboarding and validation. These were tough times, and the resulting new payment creature was clunky, but it was an innovative form of wobbly-kneed life emerging on Planet FinTech.

By 2006, startups like Prosper and Lending Club were experimenting with marketplace lending. They’d do some things the way banks and credit card companies had, like using direct mail to acquire customers, but they operated in a new way thanks to the internet. The term “FinTech” formally emerged to describe these new, somewhat awkward creatures. Many of them did not survive, learning a hard lesson that better lending terms couldn’t outweigh a cheap and stable source of capital like that secured by previous species.

Today, the rules of Planet FinTech are changing in another major way thanks to the various creatures that have evolved there. A major atmospheric change is infrastructure-as-a-service.

Infrastructure-as-a-service, or IAAS, is pre-built computing infrastructure available as a subscription. With it, startups no longer have to buy their own servers, configure their own routers, or even write their own code. They simply set up an Amazon Web Service (AWS) account, for example, and within hours a new FinTech creature emerges.

This environmental change has fueled a Cambrian Explosion of sorts on Planet FinTech. In the early 2010s, creatures whose evolution depended on changes to infrastructure emerged en masse. Consumer deposit account provider Chime appeared in 2013, for example, thanks to a partnership with an infrastructure startup called Galileo.

Galileo agreed to create external APIs for Chime, which allowed Chime to easily roll out checking accounts that reached out to the 25% of the market that depends on check cashing services and payday loans to meet liquidity needs. In the new resulting environment, startups like Chime could focus almost exclusively on their customers rather than the tech hurdles of online banking. Both Chime and Galileo experienced massive success thanks to this work, and their story is only the tip of the iceberg.

“Every Company Will be a FinTech Company”

With the help of IAAS providers like Stripe, Plaid, Finicity, Alloy, and Symphony, many originally non-financial companies have made financial services a major source of revenue. MindBody and Shopify, for example, make 50% of their revenue from FinTech despite being vertical SaaS companies that focus primarily on appointment scheduling and eCommerce, respectively.

This is possible when tech companies use deep customer information and niche industry knowledge to offer personalized financial services that other FinTechs can’t touch. In the process, these companies become primarily FinTech companies in practice.

And it’s far from over; Planet FinTech’s rules are still changing. At the a16z Summit in 2019, Angela Strange explained why we should expect to see many more new products emerge in the years ahead, and asserted that in the near future, every company will derive a significant portion of its revenue from financial services. Apple, Uber, and Lyft are already well on their way.

Eventually, companies won’t be thinking about FinTech products as separate creatures, but as essential integrations to their core offerings if they intend to survive in this new planetary environment.

The Future of Life on Planet FinTech

We are still early in this revolution. Combined with the unexpected timing of a worldwide pandemic that evolved the relationship between regulators and fintech companies, rapidly shifted consumers to digital commerce, and accelerated digital transformation for financial institutions, the environment is ideal for continued evolutionary explosion.

The government relied on FinTechs to distribute checks to Americans and loans to small businesses. At Square, direct deposit volumes grew by three times from March to April, up to $1.3 billion. Chime saw record signups, and traditional banks and credit unions witnessed a 50% increase in mobile banking engagement since the beginning of the year. Meanwhile, Visa noted an 18% rise in US digital commerce, and PayPal had its largest single day of transactions on May 1, besting previous Black Friday and Cyber Monday records.

During the past few weeks, we saw the launch of Stripe Treasury, Moov Financial, and Unit Finance (in the spirit of full disclosure, I'm an investor in Unit Finance). Each of these solutions is focused on helping companies add financial features into their products, and each one is making things easier than ever before. Their customers will no longer have to worry about sponsor banks, compliance issues, or legacy software systems when they implement sophisticated financial solutions into their core product offerings.

When an environment changes, the life within it follows. These evolved life forms then change the environment in return. By thinking about the FinTech environment and its products this way, we can better understand the evolutionary phase we find ourselves in.

Hundreds of startup entrepreneurs are focused on leveraging the existing atmosphere of Planet FinTech to change the environment even further and make it easier to offer banking services to everyone. What is your role in this story?