When does a bank become a tech company? 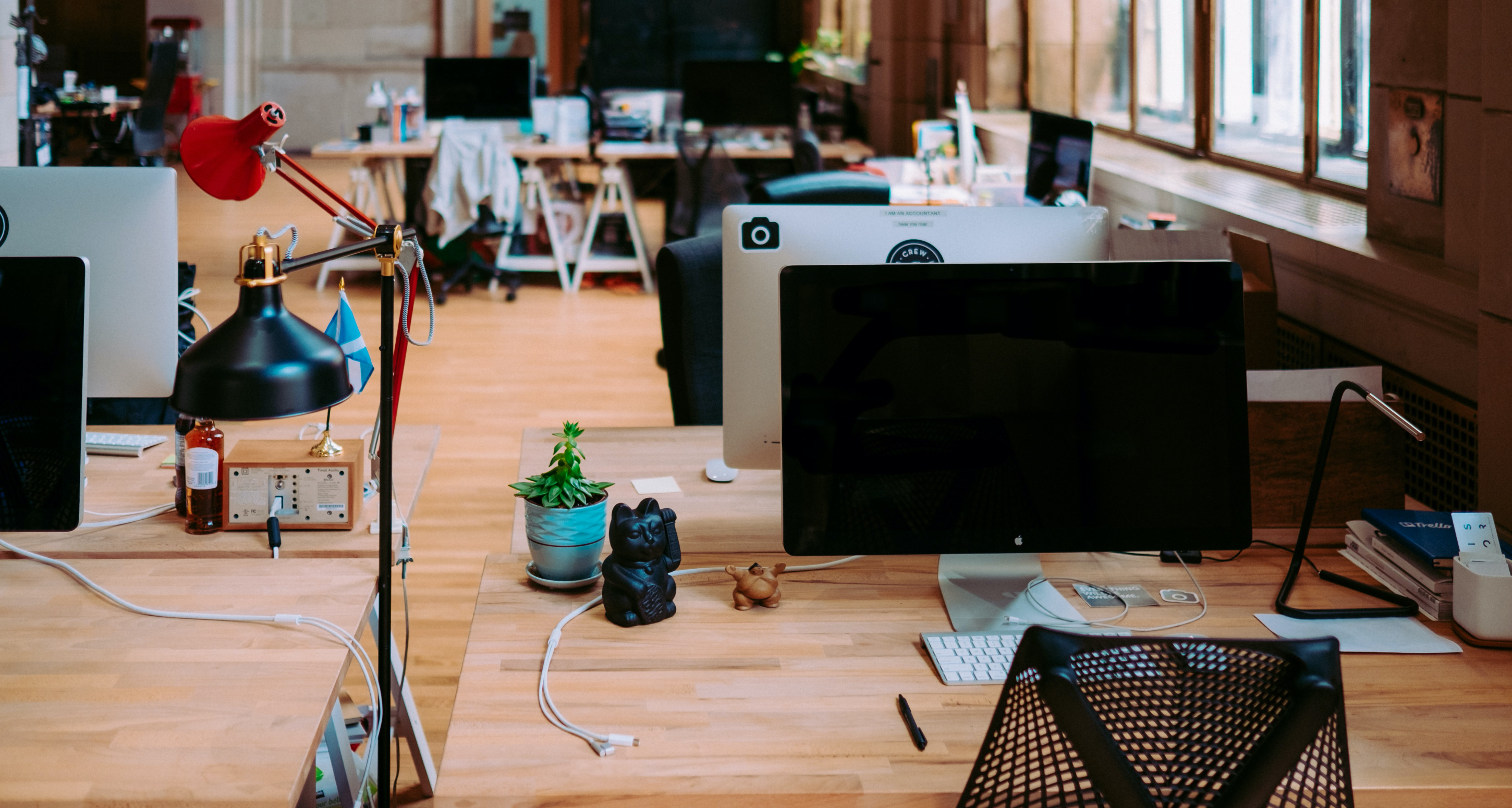 It's a question with a seemingly simple answer.

Today, every notable company runs on software, so the answer isn't as obvious as it seems.

The question of whether companies are tech companies, then, depends on how much of their business is governed by software’s unique characteristics, and how much is limited by real world factors.

Thompson wants to know whether WeWork and Peloton are tech companies. Both have recently filed to go public, and investors have a lot riding on this question (though...there are a few more concerning questions).

Just ten years ago, it would have been absurd to even consider them as tech companies. But today, it's an open question.

When we need to consider whether an exercise bike is a 'software platform', software has truly eaten the world.

Ben Thompson list five characteristics. If a company's software does some or all of the following things, it might be a tech company.

I found Thompson's approach a deeply useful way to think about Kunai's work with financial services companies. I'm sharing it in the hope that it's also helpful to you.

Before we apply this framework to banks, let's establish a baseline through Thompson's analysis of WeWork, Peloton, and Uber.

1 out of 5. Based on this analysis, WeWork is still a real estate company; despite some semi-interesting software, they don't pass the tech company bar.

Here is Thompson's framework for Peloton:

2 out of 5. Also quite iffy, though there is more potential here than for WeWork. Thompson notes that Apple, as a hardware company, has some of Peloton's limitations.

Before we move into banks, let's take one more of Thompson's stronger examples, Uber:

If you've worked at a bank, the answer is clearly no.

I'm trying to answer a different question: what it would take for a bank to one day be considered a tech company? More specifically, how do we identify the types of software projects that have a strong probability of making the shift?

I use Capital One as my example, because I spent three years there, working in various roles. I also believe that from top to bottom, Capital One clearly intends to become a tech company.

One: Software that creates ecosystems

Capital One's main business is credit cards. Therefore, the cost of bringing on a new customer is calculated in risk, rather than dollars. Software has already made the cost of bringing on new customers even more negligible, and new machine learning models may enable the bank to test algorithms that further reduce risk at every end of the market. Startups like Brex show us that there are dozens (if not hundreds) of credit innovations that take us far beyond FICO scores.

Three: Software that improves over time.

Capital One's customer apps can theoretically improve forever, and most banks are aware of several useful features they will be working on years into the future. These features are certainly compelling, but there are few barriers that prevent competitors from replicating them quickly.

Due to several limitations, servicing clients outside of the United States is an arduous task, so Capital One is more or less limited to the US market.

It costs little to nothing to bring on a new customer. In that respect, transaction costs are extremely low (again, partly because money itself is essentially a virtual good).

Beyond on-boarding, many of the transaction costs in banking are artificial. It costs very little to enable a merchant to accept your credit card. It shouldn't cost much to enable an overseas wire transfer. Innovative fintechs are figuring out how to reduce these costs, by maneuvering around large banks and government regulations, putting pressure on banks to eliminate artificial costs.

A loose 3 out of 5. Much more than I expected when I started this thought process, but as noted, this is partly because money is essentially a virtual good.

We will now follow Thompson into most important step of his framework: understanding a company's capacity for disruption.

The true mark of a tech company is whether or not their technology is disruptive.

For example, Uber's ecosystem of drivers and riders was fundamentally disruptive. The ecosystem simply didn't exist before Uber. Moreover, creating this ecosystem gave Uber a winner-takes-all or at least a winner-takes-almost-all advantage - meaning that once the network scales to a certain level, it is extremely difficult for another incumbent to enter the space.

Here is how Clayton Christensen characterizes disruptive technology in his classic work, "The Innovator's Dilemma":

...if adopting technology simply strengthens your current business, as opposed to making it uniquely possible, you are not a (disruptive) tech company.

From this perspective, it is obvious that banks are not tech companies. Banks have gone online, they have developed apps, and they are playing with technologies like artificial intelligence. However, in each case, the technology is strengthening the bank's ability to conduct business as usual, rather than pushing it into uncharted territory.

We can look back over the last twenty-five years and make the point definitively. Since the advent of the Internet in the 90s, no bank has achieved a disruptive advantage over its competitors.

Where will you find the most potentially disruptive projects at a bank?

I'll discuss two of my favorite examples below, and I'd love to hear yours in the comments.

In the 1970's, a young executive named Dee Hock convinced the leaders at Bank of America to let him spin out its credit card business, so that other banks could leverage its system. The result was Visa, which became the foundation for the modern credit card ecosystem.

Large banks sit on a massive trove of data. They have also spent years cleaning their systems, refining their data and customizing their processes to satisfy regulators. This combination represents an insurmountable moat for even the most well-funded startup companies.

Fintech startups are springing up all over the place, and they have their own clear advantages: innovative services and better customer experiences. Their services could be enhanced significantly (and in many cases, be made possible) with access to large bank data and processing.

Banks are beginning to realize the power of Open Banking, but their APIs continue to be limited and historic, rather than open and real-time.

Fintech startups are just the beginning. Retailers, tech companies, schools, and countless other organizations could leverage banking data to provide financial services to their customers. The disruptive advantage starts at home: Open Banking would make it possible for banks to integrate their own data across products, making it possible to offer better services and more consolidated customer experiences.

The disruptive advantage belongs to the first large bank to develop and market a standard that others are then asked (forced) to use.

Open Banking is also a minefield. The business risks and regulatory constraints are concerning. Of course, that is also true of....every other innovative banking idea ever.

Software that has Infinite Leverage: Bitcoin

Yes, it's that time again...time to talk about cryptocurrency. No matter how much banks insist on closing their eyes and ears (and sorry, doing one random blockchain project in your innovation lab does not count as opening your eyes and ears), Bitcoin offers more potential leverage than any idea in financial services during the last 50 years.

For the purposes of ideation, I want to focus on the feature-set that Bitcoin and other cryptocurrencies represent. Bitcoin may eventually crash and burn, but now that it has existed for a decade, its feature-set will have an indelible effect on banking.

Because it can be transferred without needing to be converted, Bitcoin has worldwide leverage. People can send money across borders and oceans without incurring significant transaction fees, even in cases where their government is crumbling and openly hostile.

If I were still working at a bank, I'd be lobbying to work on any project relating to Bitcoin. Yet, in the absence of that, there are many opportunities to emulate the enhanced monetary features of Bitcoin, such as payments.

Most of the transaction costs involved in remittances, inter-bank transfers, and merchant fees are artificial: they are not accurate representations of the labor or computing power involved in executing the transfer. With alternatives such as Bitcoin becoming viable options, large banks will need to respond. The first one to create an alternative standard that becomes ubiquitous will have a disruptive advantage.

This article started as a note to self. I wanted to figure out how Kunai could target potentially disruptive opportunities at large banks, and I found Ben Thompson's framework to be a helpful tool for a thought experiment.