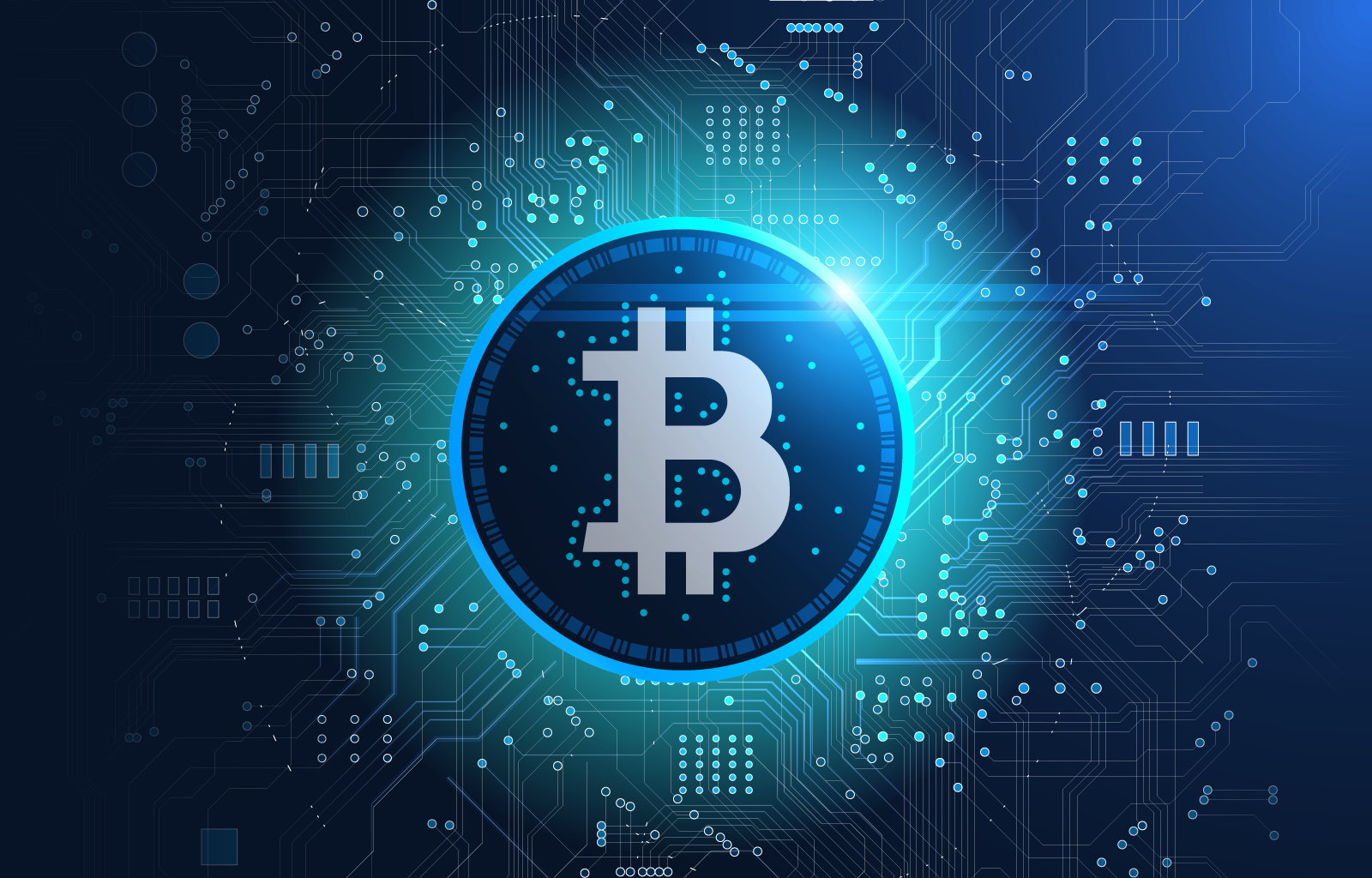 The early internet was chaotic, and most mainstream computer users didn't bother accessing it. Eventually, walled gardens like AOL, CompuServe, and Prodigy went up, attempting to tame it into a proprietary existence. One by one, they all went extinct. The internet—with no CEO, no revenue model, no subscriber base, and no plan—survives with Creative Commons, democratic exchange of information, and no one company in control of domain registration or technology protocols.

Today, social networks like Facebook challenge that neutrality by controlling the algorithms that make information popular, and the impact of monolithic giants in industries like eCommerce remains to be seen.

For as long as there have been great decentralized movements, there have been powerful institutions and governments that have attempted to co-opt and control them. Despite the best intentions of idealists, these movements usually only succeed in establishing a new power structure. Will Bitcoin’s story be any different? If history is any indicator, its growth will depend on surviving similar threats of consolidation. As a currency built on ideals of distributed authority, will anyone succeed at controlling Bitcoin?

Bitcoin has one historically unprecedented advantage: its ideals are an immutable part of its codebase. Decentralization has been chiseled into its codebase. It is structurally impossible for a central authority to assume control of Bitcoin. A fascinating twist to an otherwise predictable plot.

Still, for Bitcoin’s ideals to succeed in disrupting anything, the currency will have to achieve mainstream adoption. If the technology fails to achieve critical mass, its decentralized codebase will remain in the realm of nerds and marginalized revolutionaries. Today, Bitcoin remains chaotic, and most people don’t even know where to begin owning any, let alone using it. The majority of Americans are pretty slow to adopt new financial products, especially since there aren’t a lot of first-mover benefits to embracing an idealistic technology with limited utility.

Yet, somehow, my grandfather never owned a credit card and I can’t buy a coffee at my local shop without one. Will my grandkids be saying the same thing about Bitcoin? The more I dig, the more I uncover hints at Bitcoin’s future buried in the history of the credit card.

In 1958, a small bank based in San Francisco made a bold move. Without any sort of credit check, it handed out 60,000 credit cards to residents of Fresno, California. Despite widespread fraud and charge-offs, the experiment was a success, and the credit card industry was born. [read-more]

Rapidly expanding and without a national credit card network, the system was disorganized and fraud was rampant. Competition between companies became so wild that children and pets were being issued credit cards.

In 1968, Bank of America called a meeting of all its licensees in Columbus, Ohio. After the meeting descended into chaos, a 38-year old executive from a licensee bank in Seattle recommended a more systematic exploration of the issues facing the industry. The group voted to make the Seattle executive, Dee Hock, head of the exploration committee.

Hock would make a revolutionary recommendation: Bank of America should spin out its credit card division and turn it into a non-profit.

Appointed CEO of this division, Hock understood that the only way banks would join his network is if Visa was a neutral player. Though he couldn’t encode decentralization like Bitcoin, he attempted to embed its spirit in his organizational structure. Visa was formed as a jointly-owned organization (no stocks, no dividends) and all accumulated net revenue was used to finance the ongoing work of the operation.

In 25 years, Hock grew Visa faster than any financial institution in history, to a thousand times its size. Today, Visa connects 1 billion people via a payment network and has an annual sales volume of $1.8 trillion. The story of Visa is not that of a powerful entity consolidating control and becoming more and more powerful. Rather, it's one of the most compelling case studies of successful decentralization in corporate history.

Visa was most notable for the things that it didn’t do. It didn’t make the plastic credit cards people use, it didn’t provide credit, it didn’t set credit card interest rates, nor did it do most of the other things people associate with credit cards. Those functions are provided by Visa’s member banks.

In Visa, Hock envisioned an entirely new type of organization, one based on biological concepts so it could reach beyond the imagination, “perceive all the conditions it would encounter,” and “evolve to organize itself.”

Even after years of improvements, the experience of buying something with Bitcoin is still very clunky. Yet the early Visa interface was far clunkier. Merchants would make a physical phone call to the acquiring bank before each transaction to ensure the card wasn't on a blacklist and that the buyer's account and purchasing history were in good standing. It would take an average of fifteen minutes on hold before the merchant was issued an authorization code. With the buyer on their way home with their new dishwasher, the merchant would then send the sales draft to the acquiring bank who would proceed with the arduous and error-prone exchange with the issuing bank to reconcile the transaction.

Like Bitcoin, people were certainly not using early credit cards for the sake of convenience.

In 1974, Hock computerized the credit card transaction by implementing the Base I and then Base II systems. Almost two decades after the first credit cards were issued, these systems revolutionized the transaction process and finally made credit card shopping as easy as cash. The innovation also helped Dee Hock understand, in an almost prophetic sense, what digitization would mean for the future of money.

"If electronic technology continued to advance... two-hundred year old banking oligopolies controlling the custody, loan, and exchange of money would be irrecoverably shattered."

Like Bitcoin, the goal of Visa was to create a “trustless” environment. Banks didn't have to worry about who the acquiring or issuing bank was in any transaction. They knew that Visa would enforce consistent rules and would guarantee that funds were transferred in the case of a default. This enabled the system to grow exponentially, to the point today, where trillions of dollars are spent over the Visa network every year.

Hock also emphasized his desire to maintain Visa as "an invisible organization" with just enough structure to create and enforce a set of rules—and then get the hell out of the way.

Today, Visa is a public corporation with its own agenda, the inevitable result for an institution of its size and revenue. Hock would leave the financial industry disgruntled with his creation. Without code, Hock had no way to guarantee that the organization would remain true to its original ideals.

But in Bitcoin, he's discovered and embraced an ideological evolution to his credit card network. He occupied a seat on Xapo's board and has voiced his hope for Bitcoin to complete Visa's original vision.

“Bitcoin is one of the best examples of how a decentralized, peer-to-peer organization can solve problems that these dated organizations cannot; it presents incredible opportunities for new levels of efficiency and transparency in financial transactions.”

Does Bitcoin's codebase guarantee the technology will remain trustless, invisible, and in the hands of its users? Will the currency be overshadowed by other crypto models that re-route transactions through a centralized government or corporate structure?

Hock, for his part, hasn’t lost his idealism. “We are at that very point in time when a 400-year-old age is dying and another is struggling to be born—a shifting of culture, science, society, and institutions enormously greater than the world has ever experienced. Ahead, the possibility of the regeneration of individuality, liberty, community, and ethics such as the world has never known, and a harmony with nature, with one another, and with the divine intelligence such as the world has never dreamed.